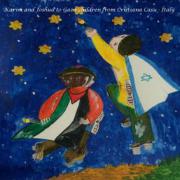 Once upon a time there were...

two kids, well it was not such a long time ago, really.

The two kids were fed up with these games that they hadn't even invented. They were simply imitating adults and their unreasonable deadly games of power.

Karim and Joshua dreamt about something different, but... what? All they could see around them was destruction: devastated houses, blown up buses, and the silence of people with no more tears to cry.

Once the kids bumped into each other. At first they were afraid, suspicious and they scowled at each other. They were convinced they were different and they could never be friends. They stared at each other, as cowboys do when they face each other. None of them would or could glance down. And each of them tried to stare the other down.

And that's the reason why they didn't see the stones over which they both tripped. They fell head over heels, one in front of the other, nose to nose and both of them started laughing. They couldn't stop laughing. They watched puzzled those incredible tears of joy falling over their cheeks and they realized their smiles were not at all different, but amazingly similar. 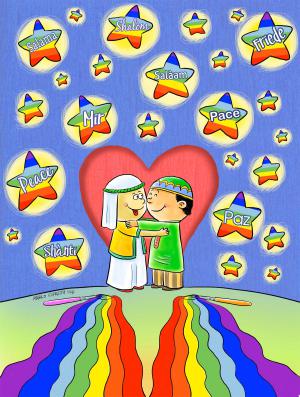 They played for the whole afternoon, then they made an arrangement to meet the following afternoon, because together they had hatched out a great plan.

They gathered all the most different objects they could find. They also found some paint that a young painter had left behind to go fighting. They took some big brushes and climbed on four big springs which they tied under their feet. They also tied around them some big cushions, so as to protect themselves in case they would fall. They also wore two helmets which had belonged to two soldiers to protect their heads.

Karim and Joshua waited for the night to fall while they joked and laughed and when the first stars appeared in the sky they jumped on the springs, holding each other’s hand. Each jump they made, they reached a star which they painted with the colored paint. The stars were tickled by the brushes and were delighted at the game, besides the two children were nice and looked really funny dressed in that way.

The next morning they went back home, they were very tired but happy.

In the evening something unusual happened.

Nobody could sleep, anywhere on Earth. That light woke up all the powerful men in different parts of the world.

The Pope couldn’t sleep, nor could the Rabbi or the Mullah.

Nobody could move, they all stood with their nose in the air looking at the sky to admire the wonderful show.

When the lights finally went off, a brighter and warmer sun appeared. People, wearing different clothes and speaking different languages, decided that the time had come to rebuild their villages and towns. All together! The wall was replaced by long bridges and no bus blew off ever again.

Joshua and Karim were glad to find out that they were neighbors and were finally free to dream again and share the same dream. 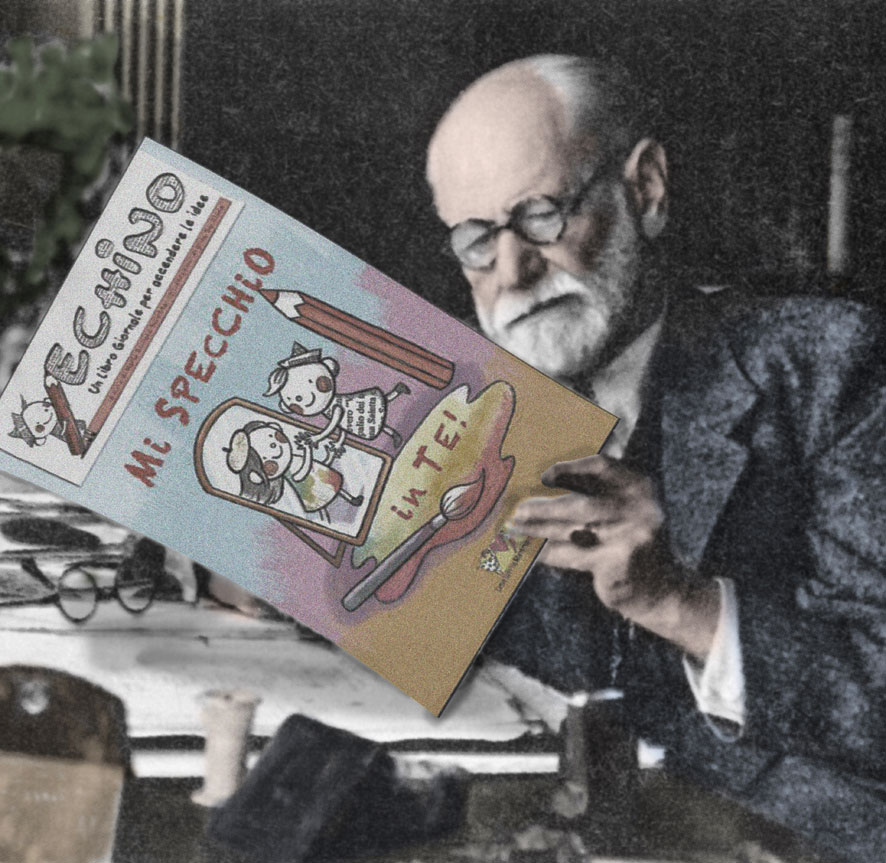